The way I feel about Jacob is beyond words. He has changed us.

He makes us more patient, more kind, more considerate. He reminds me every day why I’m here.

I feel like I was put on this earth to be his mama. I know that there is and will be more to my life, but right now, nothing else seems to matter.

I consistently find myself lying on the floor next to him when I know I “should” be doing dishes. My favorite thing is just staring at him. Everything else can wait. He keeps growing and growing and I feel like if I blink, I’ll miss something. So I don’t intend to blink.

Usually I can write songs about stuff that makes me feel so much, but I’ve been having a hard time putting the way I feel about him into words. It’s unlike anything I’ve ever experienced.

I am so grateful for this little man. Even though he is currently pooping in his diaper, you know, the one I JUST changed. 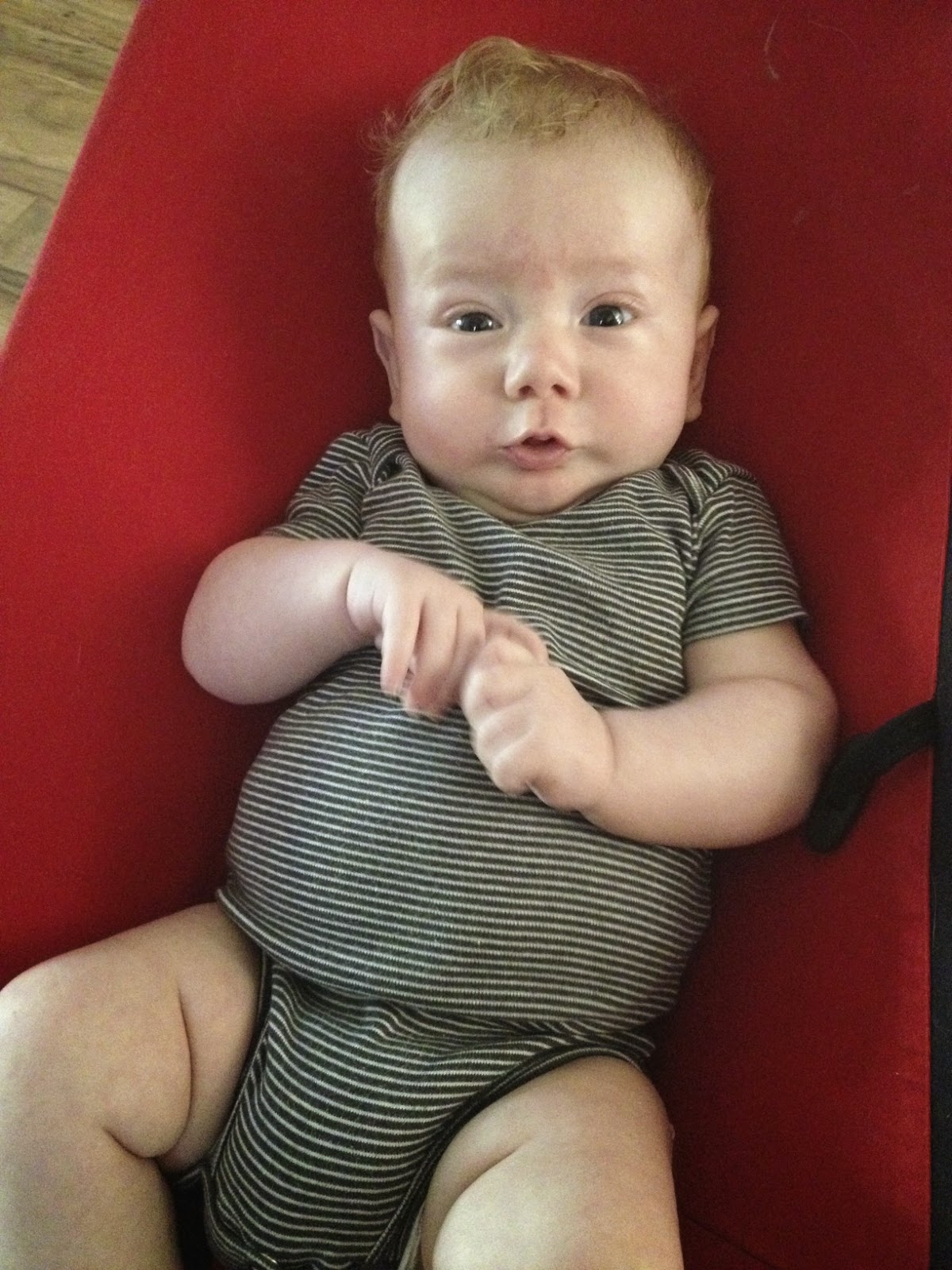 So, Mark came to an interesting conclusion the other day.

“You know how people always say ‘It’s different when they’re your own’ about kids? Well, I’ve decided that’s true.”

It always surprises me in a good way when Mark talks about “mushy, girly” stuff with me. But then he continued.

“It’s just like with my iPad. Like, if I play with someone else’s iPad, sure, it’s cool, but I get bored of using someone else’s iPad. I like my own so much more. It has all my stuff on it. I know more about it and know how to use it, and I downloaded the apps I want to be on it, so it’s just for me.”

“So you like our baby more because it has our ‘downloaded’ material on it?”

“Yeah! And like, it’d be the same with an adopted baby. Because even though you didn’t get it brand new, you still make it your own, and can download the apps you want and make it yours.”

“So, you’re comparing children to iPads. We’re really having this conversation.”

“Yes! Doesn’t it make so much sense?”

We love our Jake so flipping much. It’s so much fun to see him grow and learn. And to see how he is so much a mix of us.

He’s recently started figuring out how to splash during bath time, and loves it. And I love watching him.

He eats a LOT and has grown so much.

He makes little giggle sounds and smiles all the time.

He sucks on his fist sometimes. Like, not his thumb. He seems to want to get the whole dogone hand in there.

He talks all the time.

He sleeps about 7 hours at night, on average. It’s amazing.

We are so in love with him it’s stupid.