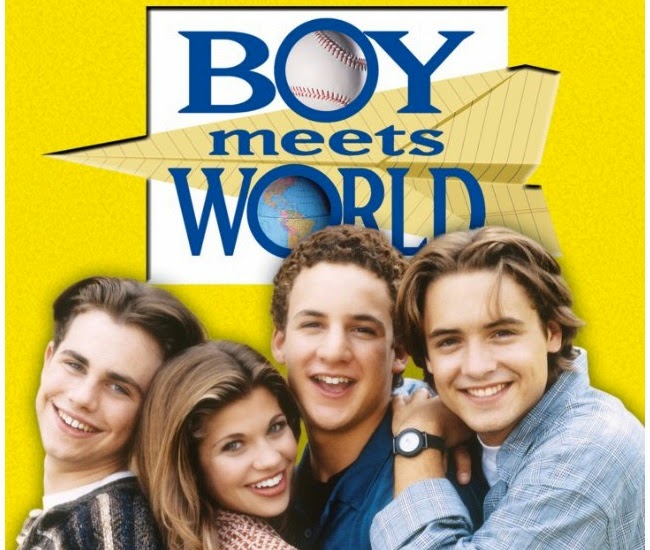 Mark and I just finished the entire series. It was a bittersweet occasion.

We both saw various episodes on Disney channel growing up, but had never really lived through the story or appreciated the show as much as we did this time around.

Guys, did you know how amazing that show is?! They really don’t make them like that anymore.

Like, literally, after most episodes, we just sat there and basked in the morals that we were taught.

During the entire series, it is demonstrated how important and essential family life is. Cory grows up in a stable home with a loving mother and father who consistently nurture their marriage. While they have trials in their home, they work things out together, and every family member is better because of it. While on the other side of the spectrum, Shawn grows up in a broken family, and has several behavioral issues and security/trust problems. He is angry at the world and feels like he doesn’t belong, and acts out because of it.

But then, it teaches that even when we have hard circumstances, we can, and MUST overcome them. Shawn’s potential is repeatedly tested as he battles with his own inner demons, but in the end, he is strong and capable.

Now look at Cory and Topanga. They loved each other, but waited to have sexual relations until marriage. Not JUST sex, but anything besides kissing! How often do we see THAT anymore, especially on tv?! Their marriage is built on trust and respect. I love it.

During the last season when they get married, they are overwhelmed with the responsibilities and challenges of being married young. They move into a dump of an apartment, and desperately seek out help from family and friends. But no one helps them! You know why? Because it is SO IMPORTANT that married couples become their own separate unit, and WORK to make things work. They finally gave in and fixed up their place and made it a million times better, and strengthened their marriage by overcoming that trial instead of letting it tear them apart.

And I won’t even go into how amazing Mr. Feeny is. Except to say that we need more educators like him.

The whole show is just full of conservative family values, and teaches that hard work and sacrifice make life more meaningful. It teaches the value of a good education. It teaches that drinking, promiscuity, and anything illegal is wrong. And it is not prudish in the least! Just isn’t full of the sleazy filth on most shows these days.

And most importantly, it demonstrates the need for strong, complete families.

We’re pretty sad it’s over. But it was such a rewarding experience. And I just wish there was more.

Now we’re onto Friends, where we will learn… well, that we need to watch less TV.